Women are the (often) invisible guardians of livestock biodiversity. This was once again confirmed during a recent fieldtrip to central Maharashtra at the occassion of the Malegaon Livestock Fair. Sajal Kulkarni of BAIF and the Maharashtra Gene Bank Programme had invited animal geneticist Dr. Chanda Nimbkar of Nimbkar Agricultural Research Institute and me to see his work with documenting Maharashtra’s indigenous livetsock breeds.

The Lal Kandhari cattle is the dominant breed in the area and, according to Sajal, it is Banjara women who have the most intimate knowledge of breeding it. The Banjara are one of India’s most famous nomadic tribes. Also known as Lambadis, they were once – during the time of the Delhi Sultanate and the Mughal era – responsible for the transportation of goods, especially grain and salt, throughout India. They represented a guild of caravaneers that could organise 10,000 and more bullocks to convey goods over distances over 2000 miles, and were especially in demand to accompany and provide grains for the armies that invaded the Deccan.

It was new to me that the Banjaras are also breeders of cattle, especially the Red (Lal) Kandhari, in this part of India. At the Banjara tunda (settlement) that we visited near the town of Kandhar, the Banjaras mused that they had brought the original stock from Rajasthan, and by crossing it with local animals, had created the Red Kandhari. The women emphasized that they never sold cows, only male calves. These are still very much in demand as draught animals as we could see at the weekly markets. The  price for a pair is around Rs 70,000-80,000, but can also be more.

Additional demand is stimulated by shows and competitions at which significant prize money can be won. And the breed even seems to have dairy potential: we were told about a cow that gives 14 kg of milk per day.

But the situation of the Banjara cattle breeders is all but rosy. Due to the drought, they have to buy water by the tanker. Grazing land is in short supply, and the family land holdings that were once quite ample have declined from generation to generation. In his book “Subjugated nomads“, Bhangya Bhukiya describes how, during the colonial period, the Banjaras were classified as a criminal tribe due to their nomadic existence, while also being kicked out from forests and even so-called “wastelands”.

In the context of the Maharashtra Genebank programme, Sajal is developing a Biocultural Protocol for the Banjaras of the area and several other breeds or human/livestock associations. Certainly the area is full of genetic or biocultural treasures, including the

Donkeys – in demand for bringing home the harvest from black soil fields during the rainy season. Apparently they are the only viable means of doing so, all other animals and machines get stuck or slip…. 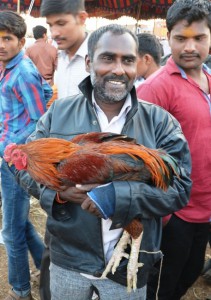 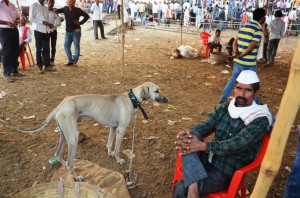 Establishing Biocultural Protocols for at least some of these breeds and their keepers will certainly be an important step towards their long-term conservation and sustainable use and I applaud the efforts by Sajal, the Maharashtra Gene Bank Programme and BAIF that they are making this effort!