It is great news that the GAA (Global Agenda of Action towards sustainable livestock sector development)  is serious about establishing a Civil Society Mechanism that allows the organised and regionally balanced participation of social movements and of marginalized livestock keepers in the challenging process of putting livestock systems onto a more sustainable path. Recently a successful meeting (“Civil Society Dialogue”) was held in Ahmedabad (India) where some of the aspects of the modus operandi were identified  . Another meeting is planned for mid-December in Kenya to further clarify the way of working.

We are delighted about this, as it effectively means that small-scale livestock keepers have come to be considered as a separate stakeholder group and are no longer encompassed under the private sector, as earlier was the case. (LPP had pushed for this during the 3rd Multistakeholder Platform of the GAA in Nairobi in January 2013.) They have also been singled out from Civil Society at large, as the mechanism is supposed to be only for marginalised groups or social movements, and not NGOs which can participate independently in the GAA.

With participation of the largest stakeholder group ensured, it is now time to challenge some of the underlying conceptual frameworks of the GAA in order to put the livestock sector on a truly sustainable path. As the GAA endeavours to have everybody on board, including the powerful proponents of industrial livestock keeping, certain issues and angles have so far been blocked out.

For instance, the question of reducing consumption of livestock products is a taboo area, as it would go against the interests of the corporations that earn from the present high-input and high output systems. Then, greenhouse gas emissions are calculated at the farm level per unit of product, while the whole processing stretch from the farm gate to the consumer is left out, a decison that favours high-input production. Alltogether there is still that underlying assumption that we need to improve output per head of animal and that emissions can be reduced by feeding ruminants higher value food (as recommended in the new FAO publication “Tackling climate change with livestock”). But that runs counter to the crucial ecological advantage of ruminants that pastoralists are so good in making use of: The ability to access and metabolize fibrous natural vegetation and thereby utilize arid and other marginal lands for food production.

Fascinating and crucial discussions on these questions lie ahead and if the GAA can facilitate these, all the better. Livestock keepers and social movements will require the support of sympathetic and holistic thinking scientists in order to make their case. Nevertheless, it is encouraging to see that much of the rhetoric within the GAA has already changed. There is now a greater recognition of the importance of livestock for the poor and an explicit acknowledgment that social issues can not be ignored – another positive change since the first GAA meeting in Phuket that I attended almost two years ago.

So lets keep up the dialogue and marshall all scientific arguments in favour of socially and ecologically sustainable livestock keeping that also respects animals and cares for their welfare! 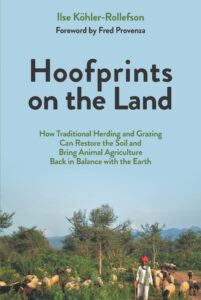